Combat Raider 17-3 scheduled for June 27 - 29
ELLSWORTH AIR FORCE BASE, S.D. – Combat Raider, a large force exercise involving various military aircraft, is scheduled to begin June 27 in the Powder River Training Complex, and will conclude June 29, 2017.
These LFEs provide joint and coalition training under realistic scenarios that support full spectrum operations against modern threats and replicate today’s combat operations.
During this period, people living under the following PRTC military operations areas can expect to see multiple types of aircraft utilizing the areas simultaneously:
- Powder River One
- Powder River Two
- Powder River Three
- Powder River Four
- Gaps A, B and C
There is also potential for loud noises associated with sonic booms. All B-1 supersonic activities will occur above 20,000 feet Mean Sea Level and all transient fighter supersonic activity will occur above 10,000 feet Above Ground Level. People living under the following PRTC military operations areas may be affected:
- Powder River Two
- Powder River Three
- Gap B
A map of the airspace is attached for reference and can be found on the Ellsworth website at http://www.ellsworth.af.mil/Portals/146/documents/AFD-151103-009.pdf.
As a reminder, non-military aircraft should thoroughly review the Federal Aviation Administration’s Notices to Airmen, or NOTAMs, and review flight plans to avoid these areas and altitudes where aircraft will be participating. This can be done by calling
1-800-WXBRIEF, or online at https://sua.faa.gov/ and http://www.1800wxbrief.com.
The NOTAMs for the exercise, issued by the FAA 72 hours prior to its start, will act as the final official notice. 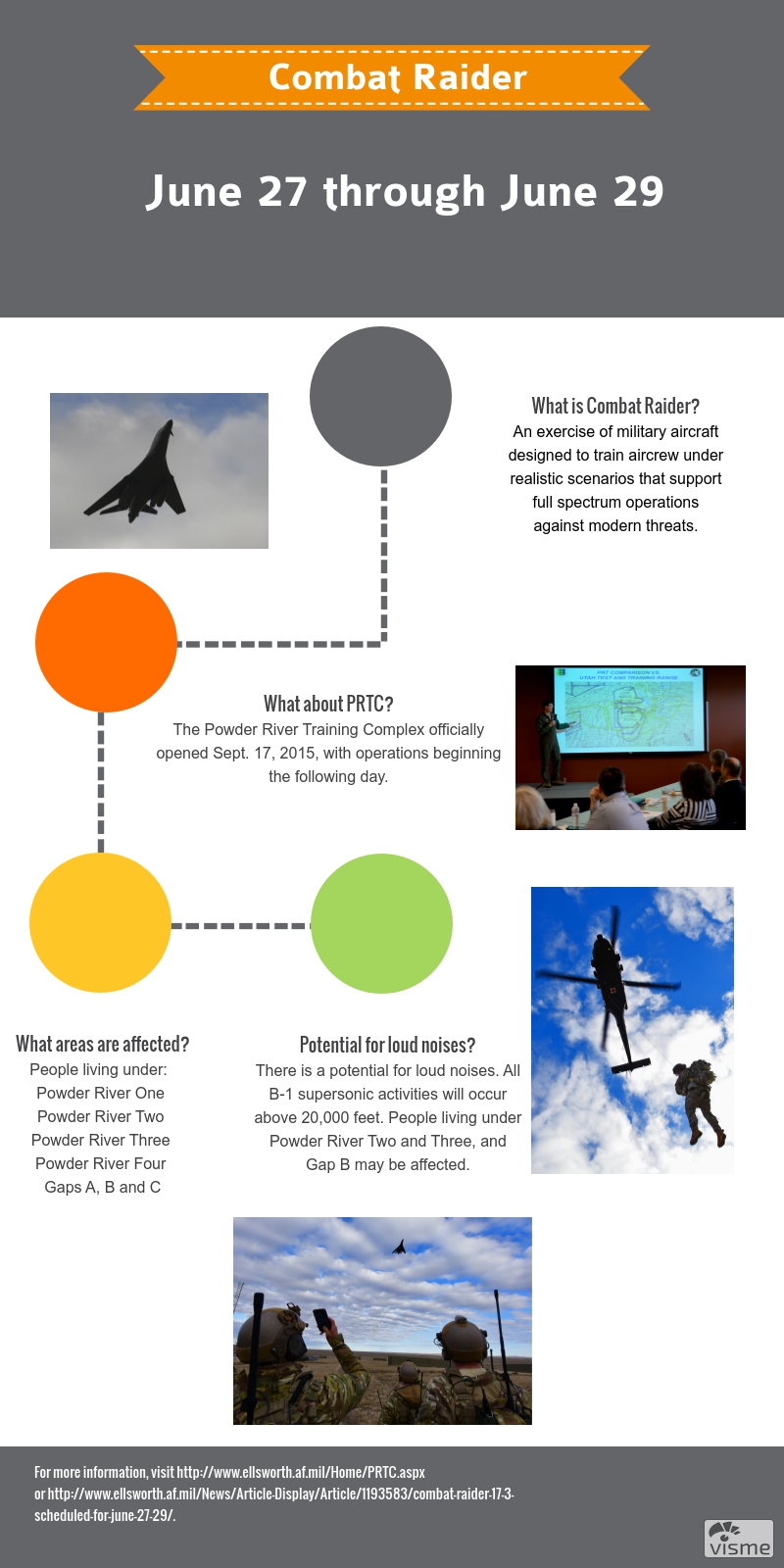