2017 COMMERCIAL SERVICE AIRPORT OF THE YEAR

“2017 COMMERCIAL SERVICE AIRPORT OF THE YEAR”

The Devils Lake Regional Airport has received the “2017 Commercial Service Airport of the Year” award. The award was presented on March 6th, 2018 at the Upper Midwest Aviation Symposium held in Fargo. The award is sponsored by the North Dakota Aeronautics Commission in partnership with the Airport Association of North Dakota. This award is for excellence in maintaining safety, project management, and community awareness.

In 2017, the Devils Lake airport posted its highest annual passenger count on record with 6,644 enplaned passengers.  This was a 5.63% increase from 2016, and fourth consecutive annual passenger boarding record for the airport. Through the hard work of the airport’s staff and in collaboration with local civic organizations such as the Chamber of Commerce and the FDL Economic Development, the airport continues to successfully market Devils Lake as an airline destination.

Throughout 2017, the Devils Lake airport participated in local community outreach events including hosting field trip day to area schools. During their visit to the airport, students learn about airport operations, security and airline job duties. In addition, the airport also hosted a fly-in event which was well received by pilots and the local community.

The airport is currently partnering with the Lake Region State College and Camp Grafton Training Center to attract businesses in the airport’s planned Unmanned Aerial Systems (UAS) business park. In addition, the airport was selected by the Federal Aviation Administration (FAA) as a testbed for digital authorization to fly UAS vehicles, creating efficiencies for UAS operators.

In 2017, the Devils Lake airport also completed a crosswind runway rehabilitation project that will ensure safe and efficient operations at the airport for years to come and construction began for a hanger, which will be completed in 2018.

The Devils Lake Regional Airport is congratulated for a tremendous year of accomplishments. 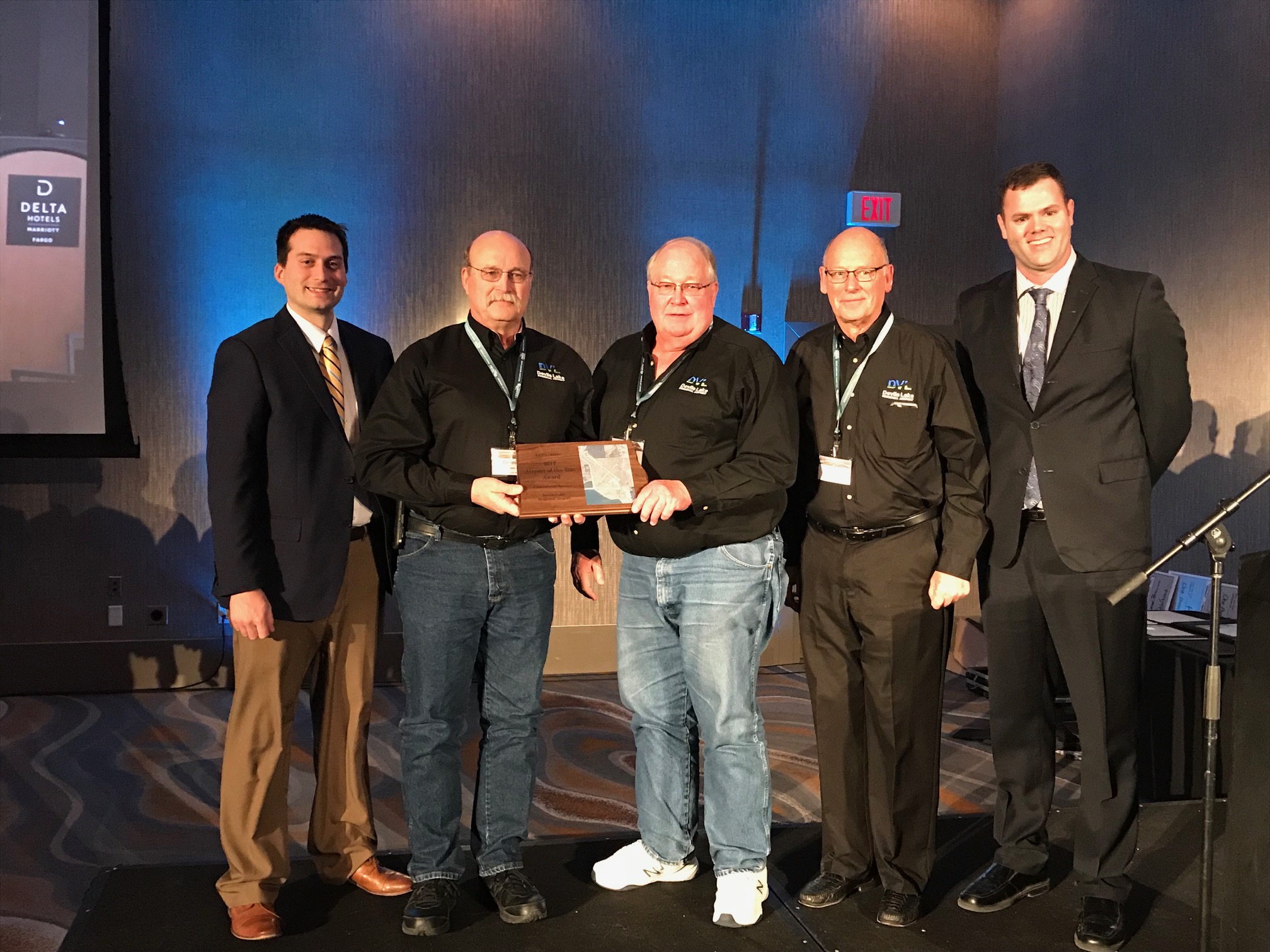