The Dickinson Theodore Roosevelt Regional Airport has received the “2018 Commercial Service Airport of the Year” award. The award was presented on March 5th, 2019 at the Upper Midwest Aviation Symposium held in Bismarck. The award is sponsored by the North Dakota Aeronautics Commission in partnership with the Airport Association of North Dakota. This award is for excellence in maintaining safety, project management, and community awareness.
Presenting the award was Kyle Wanner, Executive Director of the North Dakota Aeronautics Commission. Accepting the award for the Dickinson Airport included: Kelly Braun - Airport Director and Levi Treadaway - Dickinson Municipal Airport Authority Member.

Accomplishments for 2018 were:
In 2018, the Dickinson airport had a strong passenger growth year that saw 22,592 boarded passengers, which was a 19% growth from 2017 numbers. The airport continues to work with its current airline to increase the number of flight operations that occur on site, particularly over the holiday seasons.
Throughout 2018, the Dickinson airport has supported the Make-A-Wish Foundation by providing VIP treatment to families traveling through the airport terminal in route to their final destinations. The airport staff has also conducted several tours of the airport to children from surrounding schools ranging in ages from pre-school to high school. The airport also supports the Civil Air Patrol Rough Rider Squadron.

The airport has made multiple recent improvements to its airfield which has included expanding its general aviation apron and rehabilitating and widening taxiways to accommodate the commercial airlines. The airport has also developed a lighting replacement program upgrading its parking lot, entrance sign, hangar and commercial terminal lighting to high efficiency LED which provides substantial electrical cost savings.
Currently, the Dickinson airport is preparing for a major taxiway and runway reconstruction project and has recently cleared all planning and environmental work to be able to proceed forward with construction which will begin in 2019. The airport board and staff has worked tirelessly over the last few years to educate all levels of government and the public regarding the necessity for their upcoming airport expansion project.

The Dickinson Theodore Roosevelt Regional Airport is congratulated for a tremendous year of accomplishments. 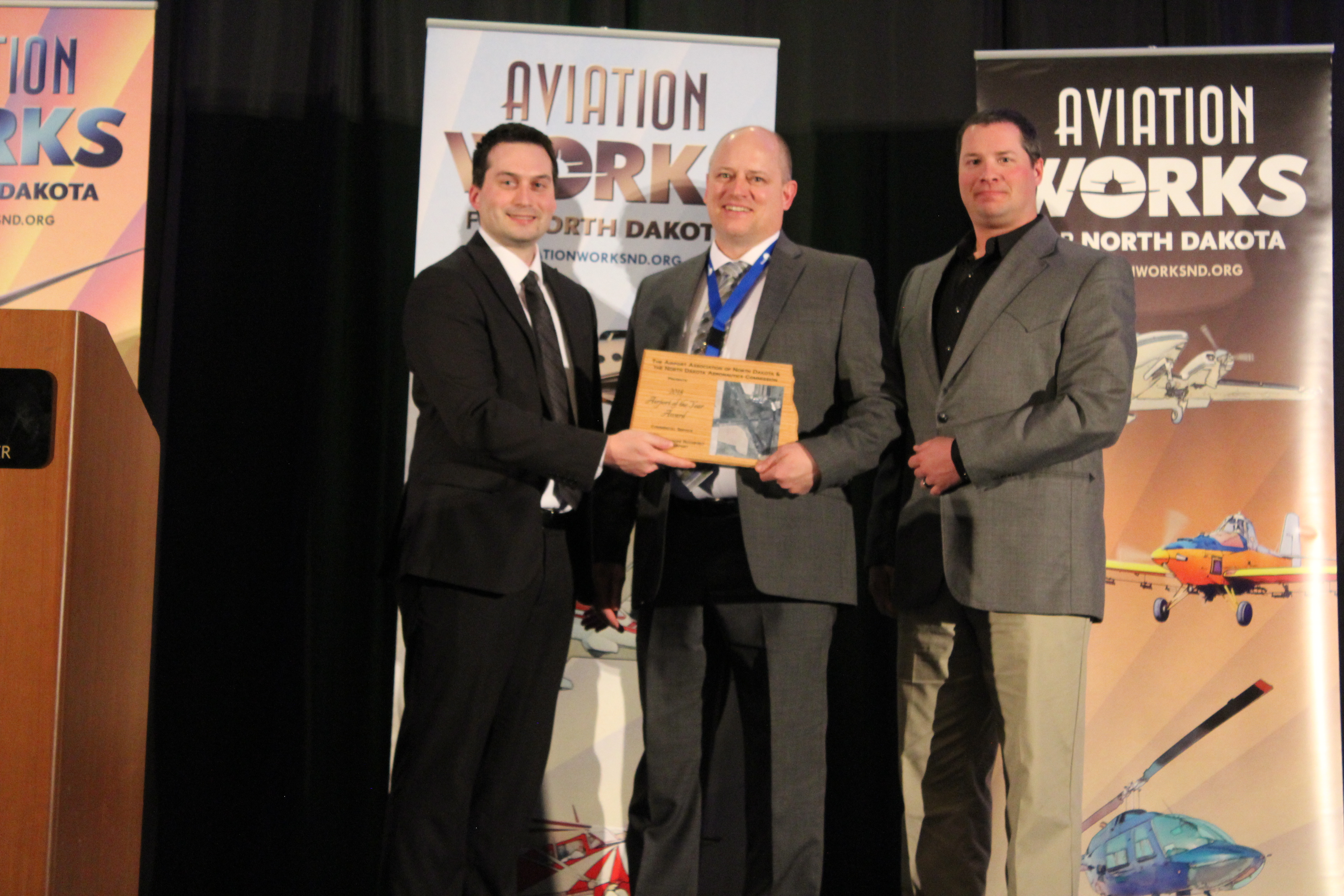