The Bismarck Municipal Airport has received the “2016 Commercial Service Airport of the Year” award. The award was presented on March 7th, 2017 at the Upper Midwest Aviation Symposium held in Minot. The award is sponsored by the North Dakota Aeronautics Commission in partnership with the Airport Association of North Dakota. This award is for excellence in maintaining safety, project management, and community awareness.
Presenting the award was Kyle Wanner, Executive Director of the North Dakota Aeronautics Commission. Accepting the award for the Bismarck Municipal Airport included Gregory Haug - Airport Director and Timothy Thorsen - Assistant Airport Director.
Accomplishments for 2016 were:
In 2016, the Bismarck airport continued its strong airline presence with 271,022 boarded passengers, a 4.35% increase from 2015, and seventh consecutive annual passenger boarding record for the airport. Through the hard work of the airport’s staff and in collaboration with local civic organizations: such as the Chamber of Commerce and the Convention and Visitors Bureau, the airport continues to successfully market Bismarck to air carriers with flights to seven destinations.
Throughout 2016, the Bismarck airport participated in local community outreach events including presenting to over 650 area students at the Bismarck Aviation Career Day, offering job shadow opportunities to high school students and co-sponsoring the annual “A Day at the Zoo” event.
In June 2016, the Bismarck airport partnered with a private developer to construct and manage a new car rental quick turn-around facility at the airport, the first partnership of its kind in the country. This facility consolidates rental car return services in a single location reducing carbon emissions and traffic around the airport.
Currently, the Bismarck airport is preparing for a major runway reconstruction project that will start in the spring of 2017. Throughout the past year, the airport’s staff worked alongside local, state, and federal officials in finalizing the planning aspects of this major project which ultimately led to the award of $13.5 Million from the Federal Aviation Administration for the first of the three phases of this project. 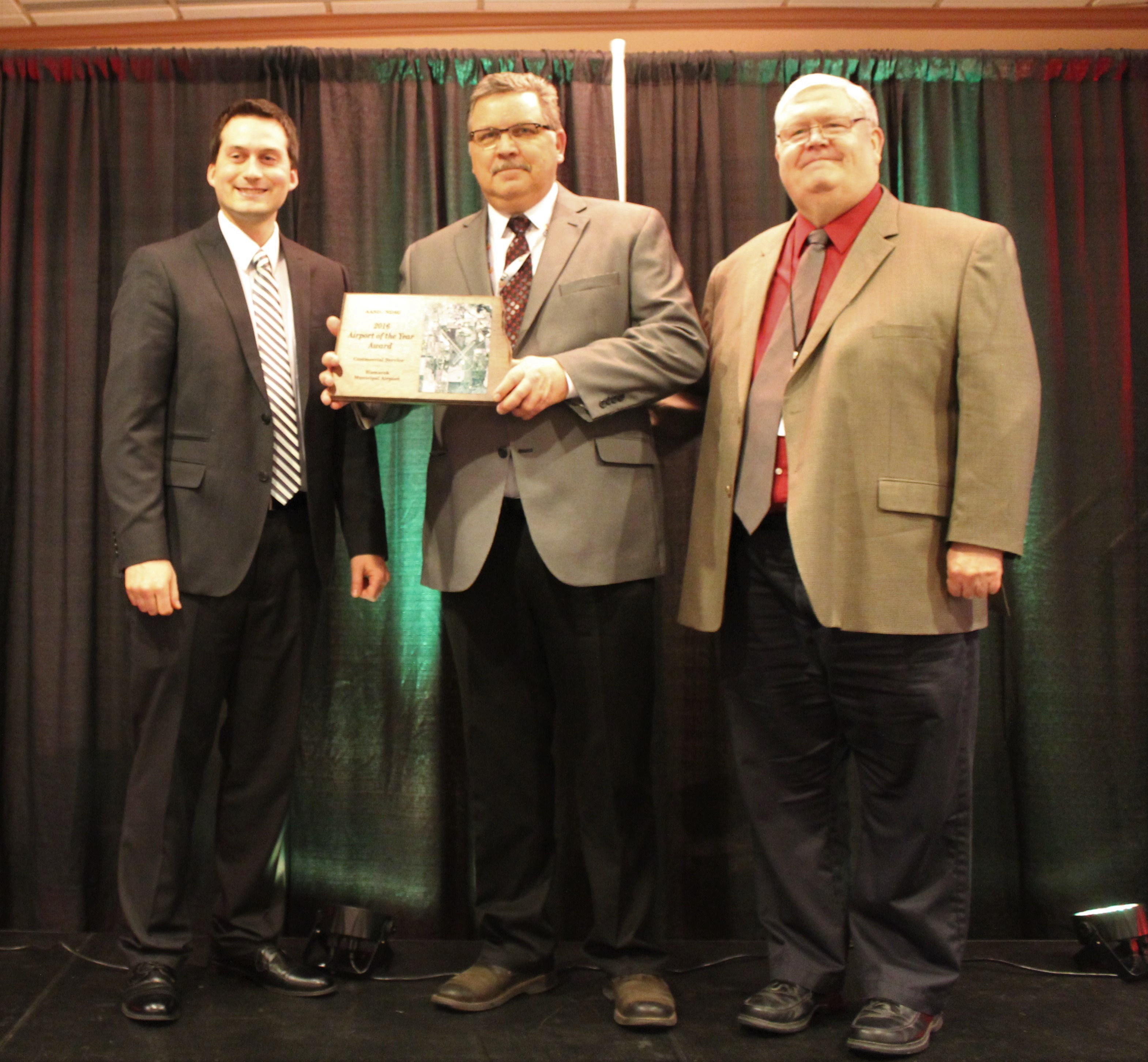