The Williston Basin International Airport has received the North Dakota “2019 Commercial Service Airport of the Year” award. The award was presented on March 3rd, 2020 at the Upper Midwest Aviation Symposium held in Minot. The award is sponsored by the North Dakota Aeronautics Commission in partnership with the Airport Association of North Dakota. This award is for excellence in community awareness, airport management, special events, and beautification projects.

The Williston airport had a historical year in 2019 as the airport and community leaders successfully worked through the many challenges associated with ensuring that a successful transition would occur from 70-year-old Sloulin Field to the new airport site. The Williston Basin International Airport is the first new airport to open in North Dakota since the Bowman airport was relocated in 2015 and the first new commercial service “greenfield” airport to be built in the United States since 2011. Incredibly, this project also set a record for the fastest amount of time that a new “greenfield” airport has been built in the modern era as it only took eight years from the start of the planning effort to the opening of the new airport. The new airport features a commercial terminal currently with three boarding bridges and ability to expand to accommodate additional, a runway with ability to accommodate larger aircraft, a restaurant and lounge, ample passenger seating, children’s play area, mother’s care area, increased general aviation areas, and a full-service Fixed Base Operator - Overland Aviation. The new airport will better serve the community for many years to come.

Over the past year, the Williston Airport showed support through several community events. The airport was active in Marketplace for Kids, the Williston Convention and Visitor Bureau Easter Egg Hunt, and the annual Band Day Parade. Through these events, the airport can display airport equipment and educate people about the airport. The airport also hosted the final major event at Sloulin Field – the annual Williston Fly-In. The fly-in event includes aircraft displays and rides, a pancake breakfast, laser tag, bounce castle, and fire truck displays. Airport staff dedicated many hours to educating high school students, service clubs, nonprofit organizations, and others about the transition from Sloulin Field International Airport to Williston Basin International Airport. Other events the airport hosted were VIP Day at the new airport, Community Day at the new airport, and the Greater North Dakota Chamber CEO Roundtable. Over 4,000 people were in attendance for the VIP and Community Day events including the Williston High School cross country team which were allowed to practice on the new runway before opening the new airport.

Throughout 2019, The airport also saw a nearly 20% increase in airline passenger boarding’s from 2018. The City of Williston is actively working to attract and expand airline service destinations and options now that the new airport is successfully operational.

The Williston Basin International Airport is congratulated for a tremendous year of accomplishments. 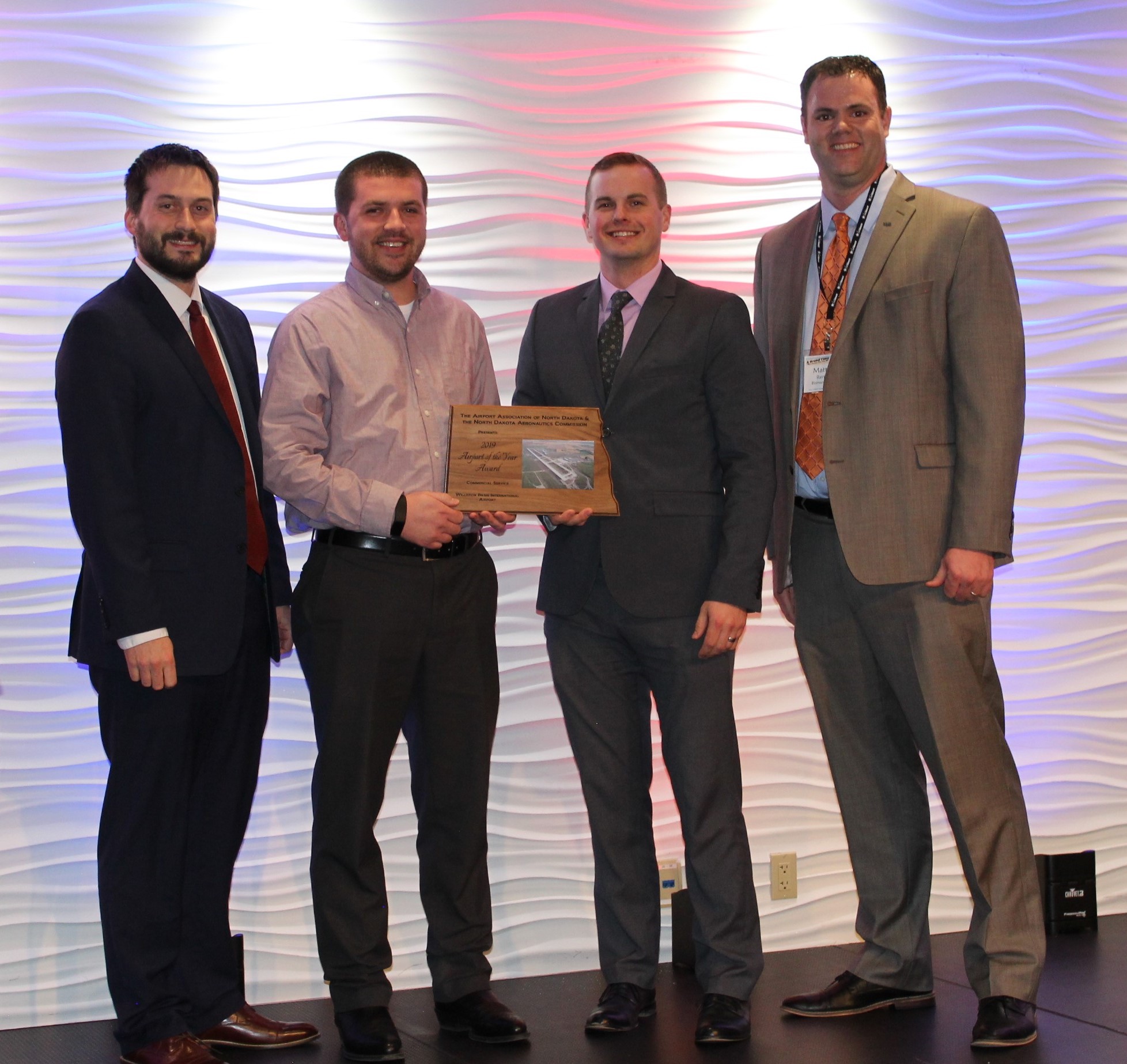