North Dakota’s commercial service airports finished calendar year 2018 with a statewide total of 1,083,117 passenger boardings. This is a growth of 52,478 passengers or a 5% increase from 2017 numbers.

In 2018, the airports also saw 1,081,283 passenger deplanements for a grand total of 2,164,400 passengers that traveled through the commercial service terminal buildings of North Dakota over the past year.

Six of the eight commercial service airports in the state saw more passengers this past year than they did in 2017. The Bismarck and Devils Lake airports were also able to announce that they had each posted their highest annual airline passenger count on record in calendar year 2018.

The increased number of passengers throughout the state has allowed communities to attract and retain additional air service opportunities. 9 non-stop destinations (of which two are seasonal) are currently available to connect North Dakota to the rest of the world. All eight of the commercial service airports also continue to provide their communities with reliable jet service. The state is currently averaging approximately 55 airline flight departures per day with an estimated 3,800 available daily seats. The top destination airline passenger markets in 2018 for North Dakota travelers were as follows:

“The increased utilization of aviation transportation within North Dakota shows that our airports continue to play an important role in providing efficient transportation options for our residents and visitors,” stated Kyle Wanner, Executive Director of the North Dakota Aeronautics Commission. “North Dakota’s businesses compete within a global economy and the ability to connect our communities to the rest of the world allows our state to remain competitive. As efforts to diversify and grow North Dakota’s economy moves forward, the benefits that aviation transportation provides will continue to play a significant role.” 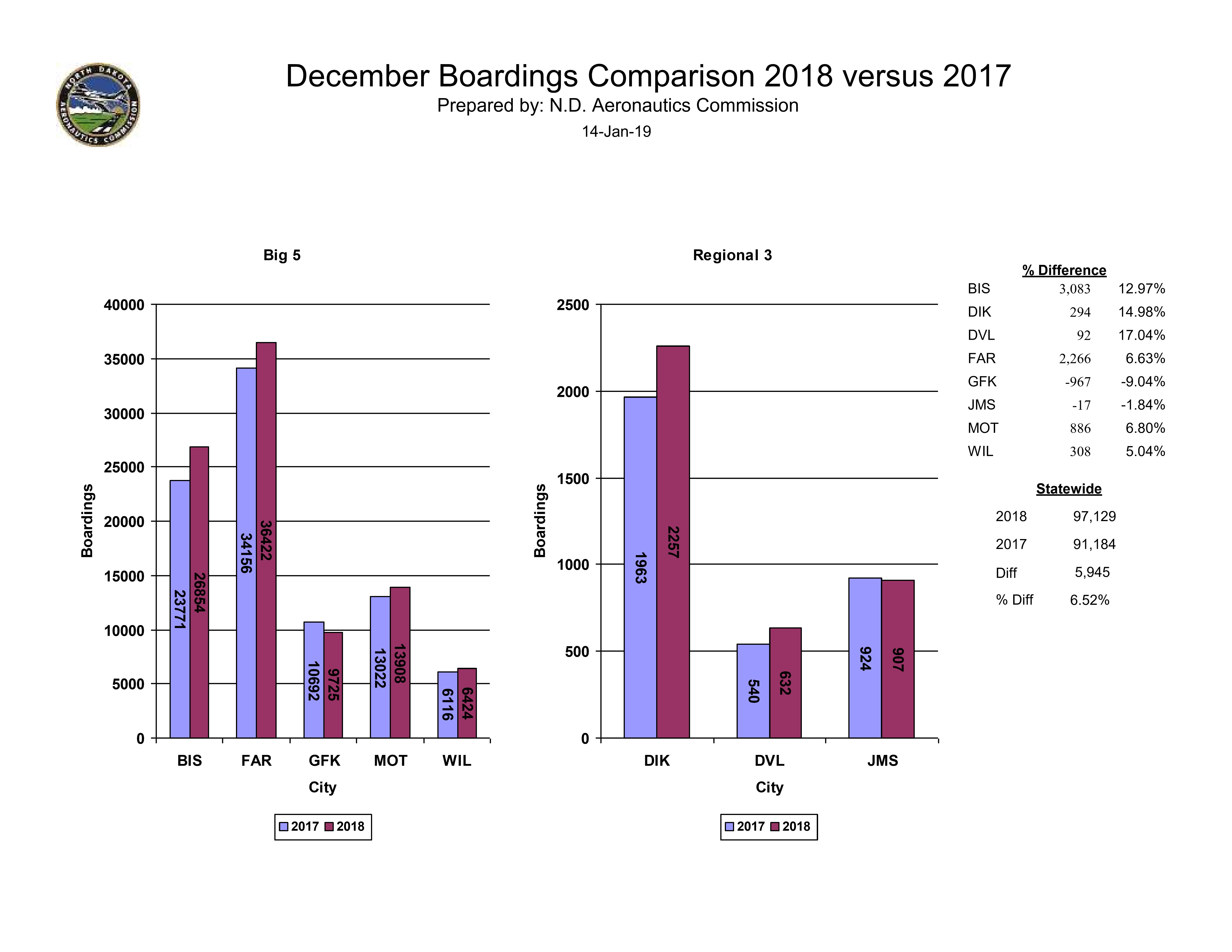 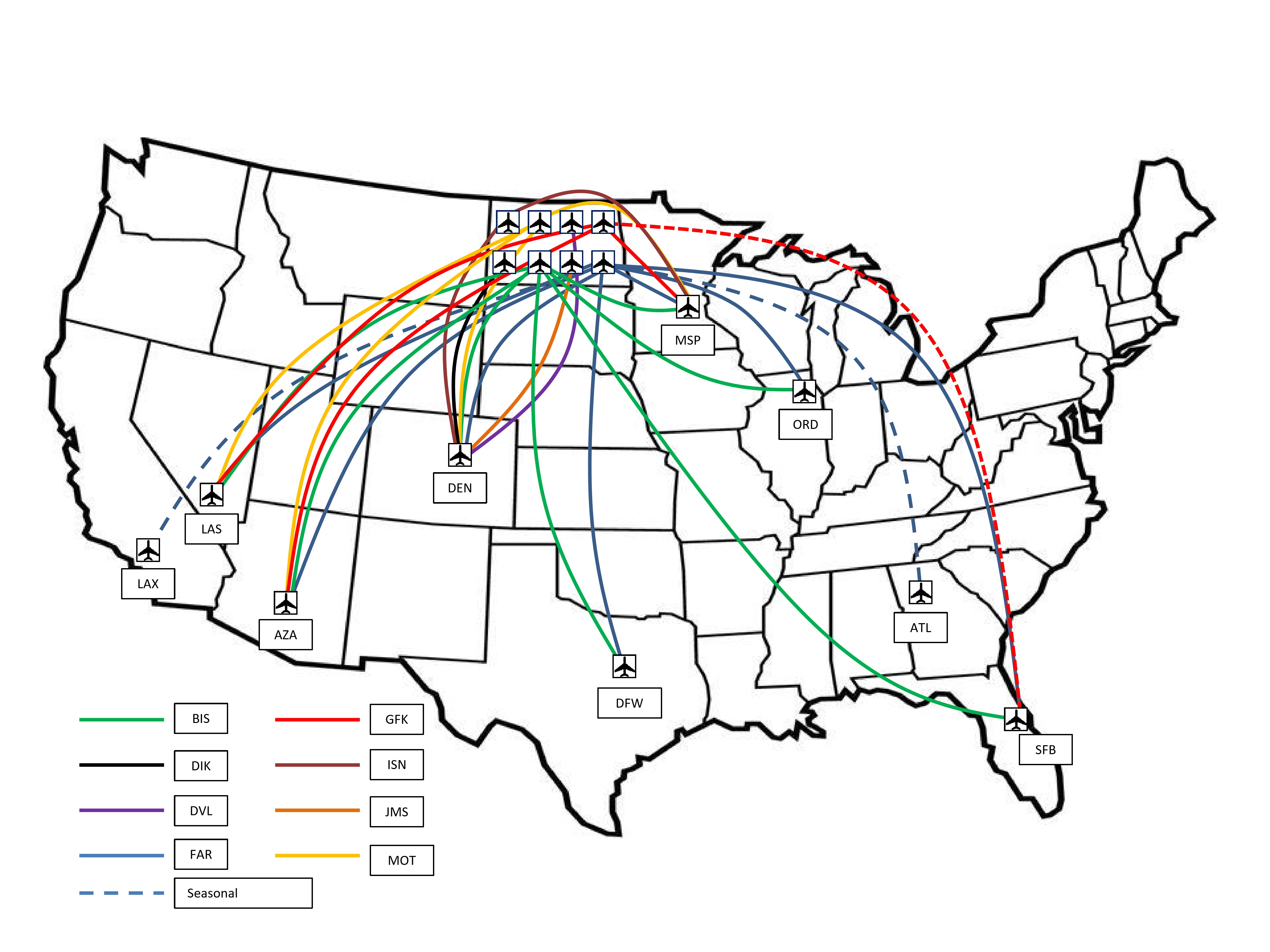