North Dakota’s commercial service airports finished calendar year 2016 with a statewide total of 1,049,457 passenger boardings.  This is an 11% decrease from 2015’s airline passenger boarding count of 1,176,043.  In 2016, the state also saw 1,053,199 passenger deplanements for a grand total of 2,102,656 passengers that have set foot inside the commercial service terminal buildings of North Dakota over the past year.

The eight commercial service airports in the state currently provide incredible value and opportunities to each community and the current low price of oil has also helped to reduce the overall cost of airline tickets to the flying public. Nine different direct flight destinations are currently available to connect North Dakota to the rest of the world and all eight commercial service airports continue to boast reliable jet service. The state is currently averaging approximately 70 airline flight departures per day with an estimated 4,100 available daily seats.

Bismarck, Jamestown, and Devils Lake were the three airports within the state that had record breaking passenger numbers in 2016.  The communities of Minot, Dickinson, and Williston posted the largest decline in passenger numbers which can be directly contributed to the decline of the workforce in the Western North Dakota oil fields.

Statewide airline passenger boardings have now declined for a second straight year following the record setting year of 2014 where over 1.2 million passengers flew on commercial flights originating in North Dakota. A resilient economy and high oil and agricultural commodity prices had led to this record after seven years of consecutive growth that had occurred in the state which began in 2007.

“Over the last two years, the state’s airline boardings were affected by the difficult challenges that the oil and agricultural industries in the state have been facing.  Low oil prices, low commodity prices for farmers, and the low value of the Canadian dollar have all factored into reasons as to why the state’s airline passenger numbers decreased for a second straight year. 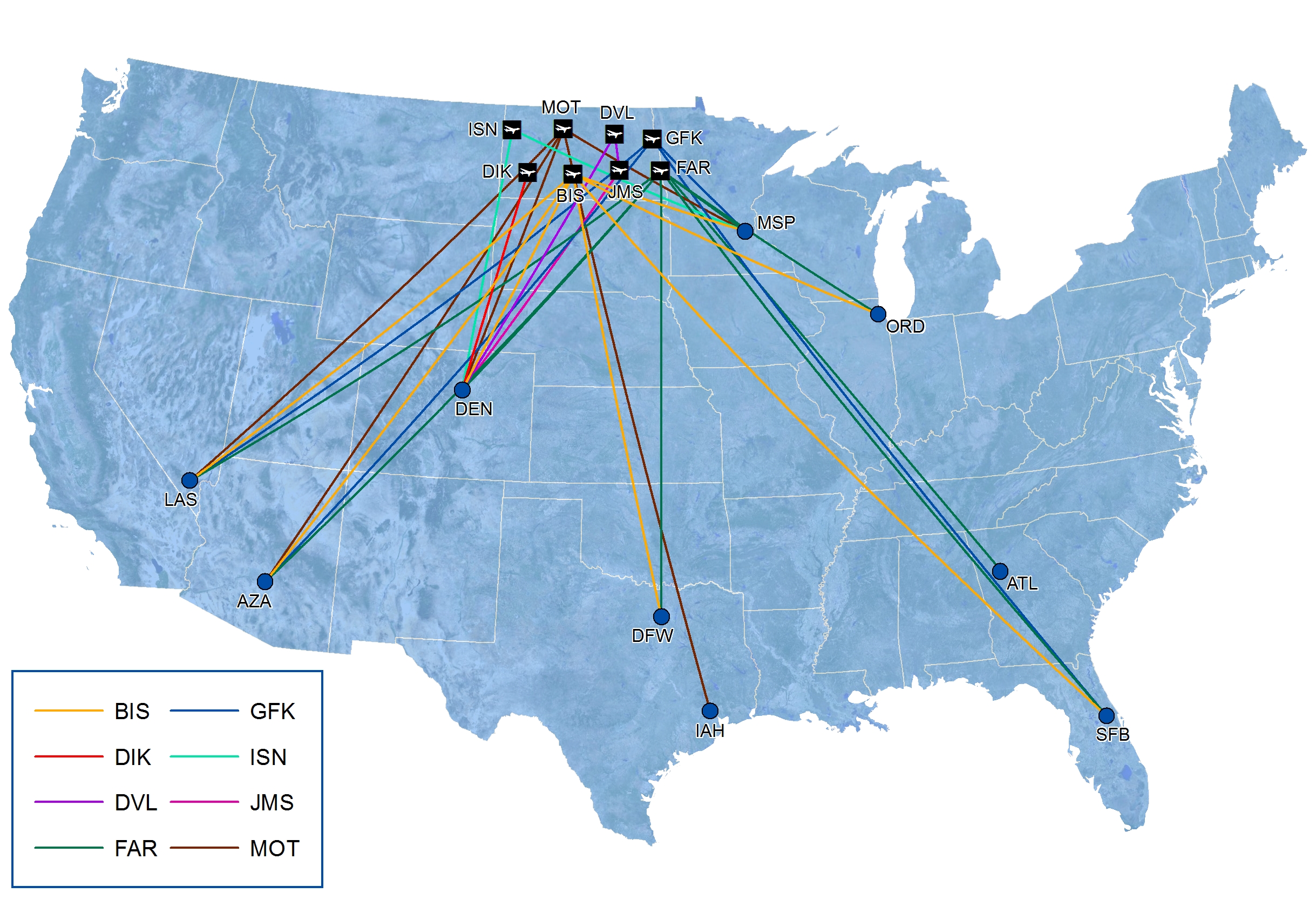 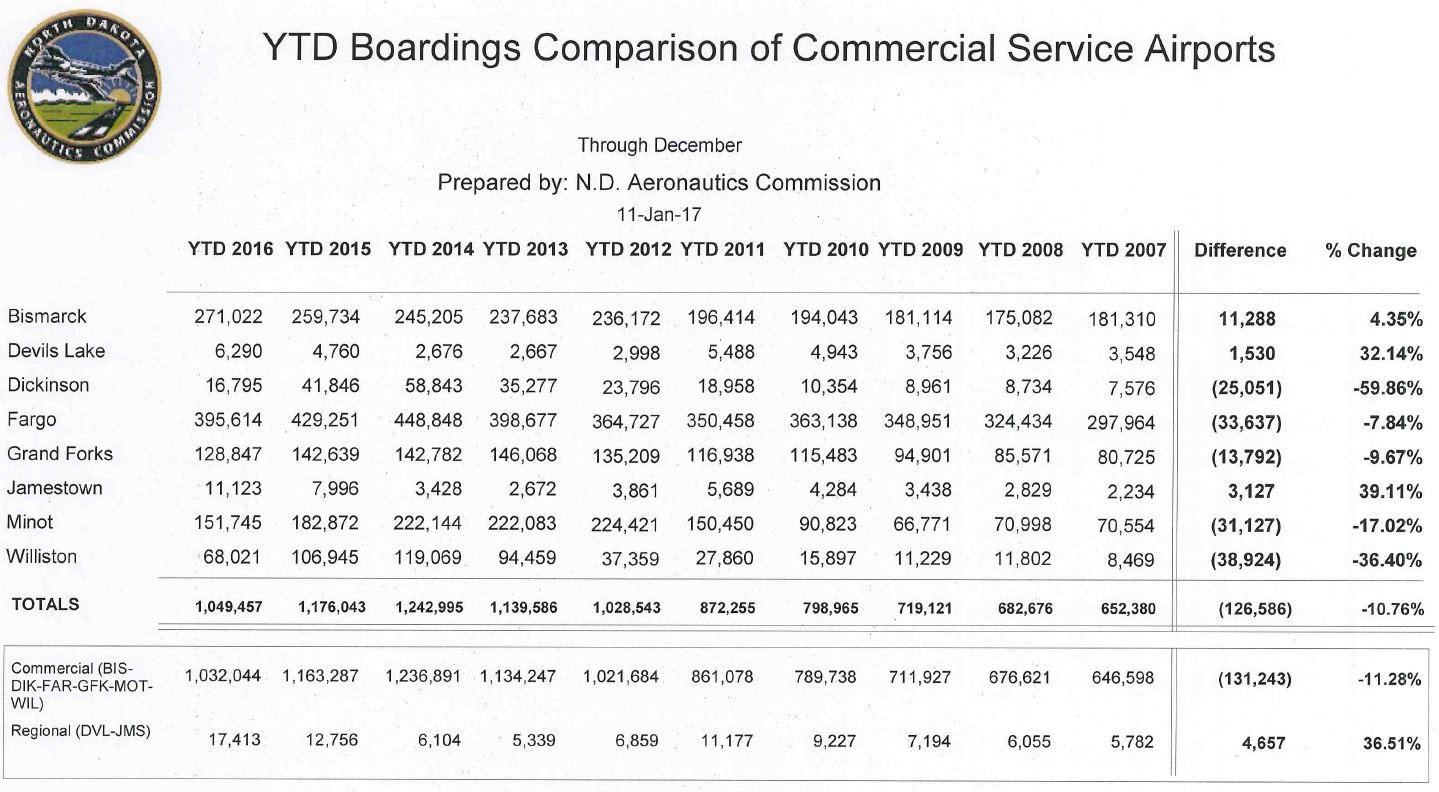