The Maddock Municipal Airport has received the “2018 General Aviation Airport of the Year” award. The award was presented on March 5th, 2019 at the Upper Midwest Aviation Symposium held in Bismarck. The award is sponsored by the North Dakota Aeronautics Commission in partnership with the Airport Association of North Dakota. This award is for excellence in maintaining safety, project management, and community awareness.
Presenting the award was Kyle Wanner, Executive Director of the North Dakota Aeronautics Commission. Accepting the award for the Maddock Municipal Airport included Jason Lee - Chairperson of the Airport Authority and Pat Tracy – Airport Volunteer.

Accomplishments for 2018 were:
The Maddock Municipal Airport has a strong belief in aviation advocacy and volunteerism. A growing annual event for the Maddock airport is their annual Golf Ball Drop and Celebration. This nonprofit fundraiser brings hundreds of guests and introduces children and adults to the world of aviation though free air plane and helicopter rides.
In 2018, Maddock had multiple first year pilots, all taking classes and instruction by one of the three CFI’s available to teach in Maddock. Furthermore, IFR certification, taildragger endorsement, helicopter training, and annual flight reviews have been done at the Maddock Airport, through local committed CFI’s. The airport also temporarily opened its available hanger space to New Rockford pilots and aircraft after the 2018 windstorm destroyed the New Rockford Airport terminal and hangar building.

The Maddock Airport welcomes local civic groups to host their meetings at the airport and currently acts as a home for the JT Rice North Dakota Chapter of Pilots for Christ. The chapter works to promote and provide free air transportation for those in need. The local chapter displays recognitions at the airport from The United States Legislature, The North Dakota Legislature, Pilots for Christ International, and recently the chapter also received the Addie Mathison Award. The Maddock Municipal Airport also takes great pride in its appearance and impressions. The airport added a new cement taxiway to connect its paved apron to its 3000 ft. cement runway that was constructed in 2013. The new taxiway will allow a wider variety of planes to land and use the accommodations that the airport has to offer. The airport also recently improved outside tie down areas to accommodate transient aircraft.

The Maddock Municipal Airport is congratulated for a tremendous year of accomplishments. 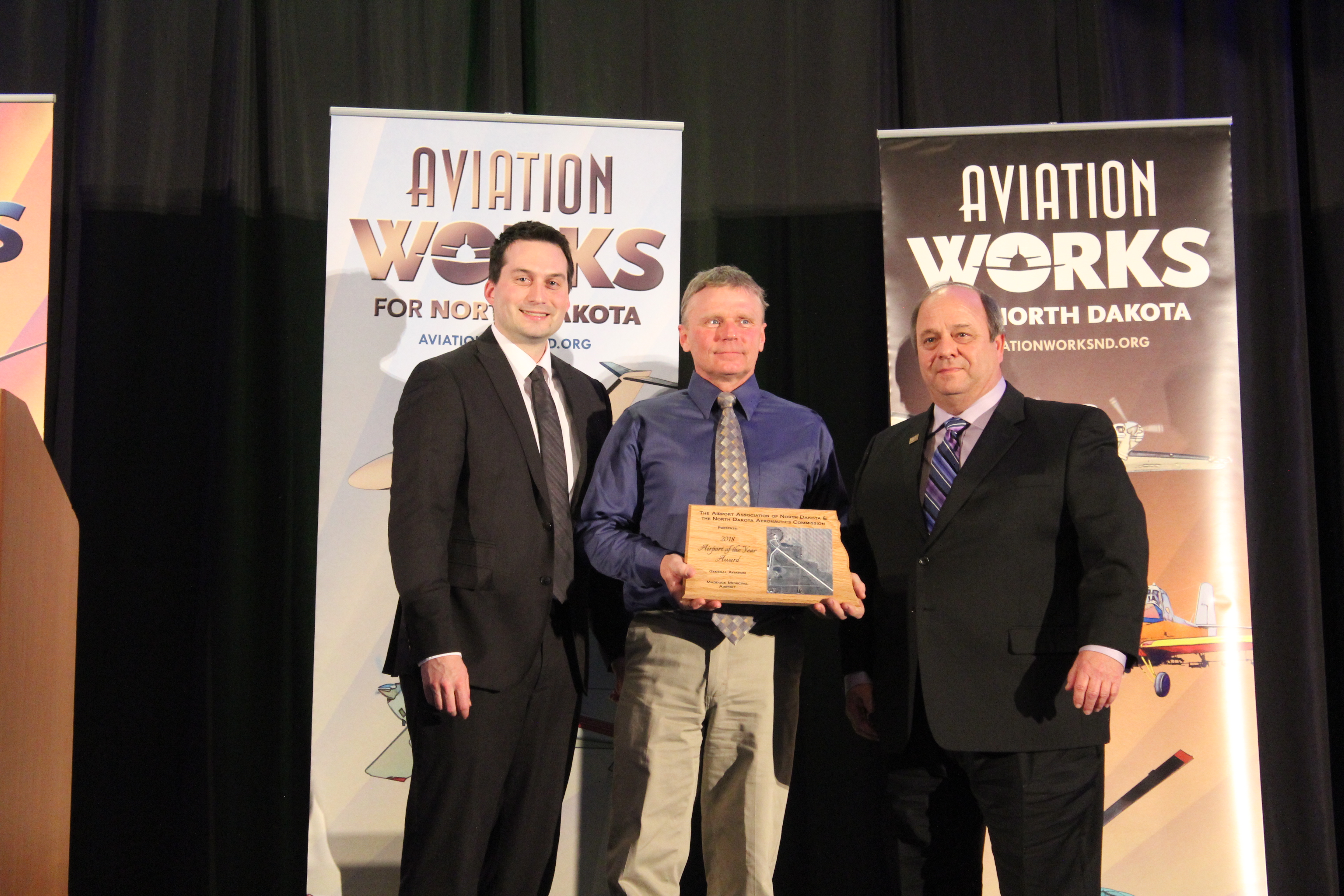