Airport of the Year Awards are Announced

“2015 COMMERCIAL SERVICE AIRPORT OF THE YEAR”

The Jamestown Regional Airport has received the “2015 Commercial Service Airport of the Year” award which was presented March 8th, 2016 at the Upper Midwest Aviation Symposium held in Bismarck. The award is sponsored by the North Dakota Aeronautics Commission in partnership with the Airport Association of North Dakota. This award is being provided for excellence in maintaining safety, project management, and community awareness.

The Jamestown Regional Airport posted a record setting increase in airline passenger numbers in 2015. The ability to provide a full year of reliable jet service to Denver allowed over 8,600 passengers to board a commercial flight at this airport which resulted in a 128% increase from the 2014 boarding numbers.

This past year, the airport completed the construction of a new eight-unit T-hangar which will greatly help to provide growing benefits for the general aviation community. The airport was also able to upgrade its Aircraft Rescue and Fire Fighting truck to help enhance safety for larger aircraft flying into the community.

The airport has continued to market and promote their facilities through events such as: the Jamestown Drag Racing Association Annual Weekend Rally, Jamestown Area Chamber of Commerce Business after Hours, and through sponsoring the local Ice Fishing Derby. They also partnered with SkyWest in a marketing and advertising campaign to bring more local traffic to the Jamestown Regional Airport.

Jamestown Regional Airport is congratulated for a tremendous year of accomplishments. 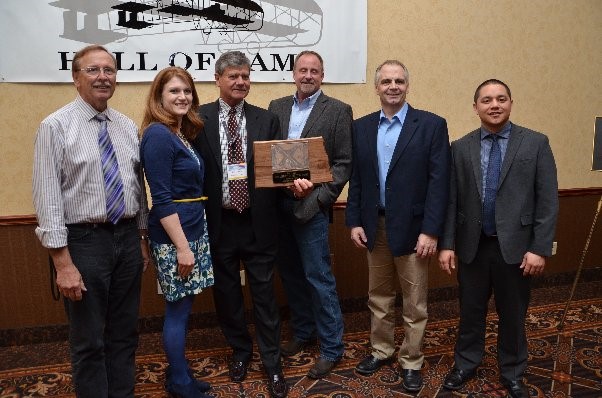 “2015 GENERAL AVIATION AIRPORT OF THE YEAR”

The Dunn County Airport has received the “2015 General Aviation Airport of the Year” award. The award was presented on March 8th, 2016 at the Upper Midwest Aviation Symposium held in Bismarck. The award is sponsored by the North Dakota Aeronautics Commission in partnership with the Airport Association of North Dakota. This award is for excellence in maintaining safety, project management, and community awareness.

In June 2015, the Dunn County Airport hosted an airport dedication ceremony celebrating the completion of two years of airport planning and construction. Deemed at one time as the “Busiest Closed Airport in North Dakota,” due to the proximity of the Bakken Oil Fields; the residents of Killdeer and Dunn County now have an airport that all can be proud of. This construction project included a new 4,200’ X 60’ asphalt runway, taxiway, and apron to accommodate current and future air service needs for Dunn County.

In addition to the re-opening of the airport, the airport has also been able to install a fuel system, the first system since the late 1990’s. The airport board envisions the growth of activity as people become aware of the services and benefits an airport provides to the local community.

As the only airport in Dunn County, airport board members have worked hard to provide awareness about aviation to the local community, including providing introductory rides to children, as a way to encourage aviation in the surrounding area. In addition, the airport has been utilized by organizations, such as the North Dakota Game and Fish Department, Dunn County Sheriff’s Department, Killdeer Fire Department, and the West Dunn County Fire Department.

The Dunn County Airport is congratulated for a tremendous year of accomplishments. 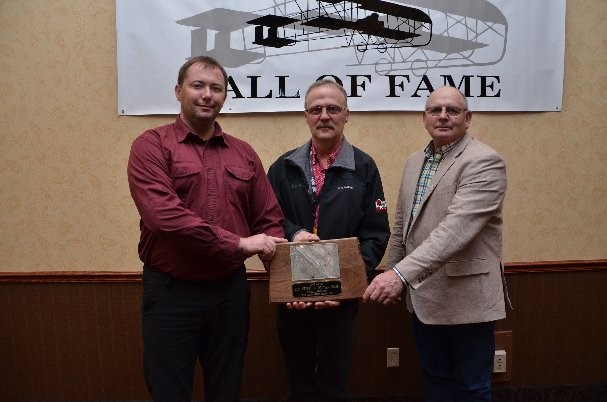